What is ethical hacking?

hacking is a term that refers to the practice of breaking into computer systems, both in normal conditions and in malicious way with the aim of getting access to, modifying and/or changing the information within the system. hacking is known as the art of getting into computer systems to gain unauthorized access, to copy files and to delete files. There are various varieties of hacking such as computer-specific, for example, Denial of Service (DDOS), computer network intrusion, social engineering, reverse engineering etc., and generic E-hacking that is done by hackers. The practice of E-hacking is increasing and has become a lot more sophisticated. A majority of hackers use social engineering to carry out the attack.

The job role of an ethical hacker is very important and essential in today’s technology where it is more important to make sure security related loopholes are fixed to ensure our future in cyber protection is safe. These are the key facts about hacking, ethical hacking, and also a very important and useful role of cyber security experts like us in a modern era where cybercrime are becoming a very serious problem and have become a growing worldwide crisis. While there are few notable information hacking are becoming a daily crime, there are countless cyber attacks done across the world. Some of these attacks are of a more serious nature and there are some attacks like malware that have to be eradicated from a computer system.

Understanding the need for ethical hacking

Cyber security is the security of information technology systems, devices and data. The security is maintained by software, hardware, networks and people and this is handled by technical experts, the task of these cyber experts is to hack into the network. Hackers are the uninvited. Hacker does to the target company or entity what the company is not willing to. An ethical hacker works with hackers and maintains a fair balance, which the hackers won’t be able to compromise and neither would the company. The definition of hacker Ethical hacker is a self-designated group of experts who have the proper training in information security.

What are the job prospects?

There are lots of players in the IT field: project managers, analysts, designers and IT specialists etc. But very few of them have expertise in hacking. And that is the only difference between ethical and non-ethical hacking. Ethical Hacking is highly specific and in some countries, it is one of the most respected professions. Ethical Hacking: The Professional Way to Protect Yourself To become a professional Ethical Hacking is challenging. But most of the people have the proper training to be a good hacker. And they can easily show their talent to protect their properties and systems. It requires of special skills and experience to hack these systems and manipulate people. To be successful, you need to get the experience, know the systems and do a lot of homework before you get the job.

How to become an ethical hacker?

Although some jobs are safe; there are also several that may turn you into the victim of a hacking, so it is always a good idea to become a pro ethical hacker before it happens to you. Best way to make it into the field of ethical hacking is by attending courses and institutions in the field; which is a large and growing field. But, when you know the field well you could become the 1st one who gets to uncover the identity of a hacker by proving that there are no clues left behind by them. An ethical hacker is someone who is highly skilled in hacking techniques, some are actually trained in this kind of thing. They have to have the knack of finding open vulnerabilities in systems to turn it into an attack. 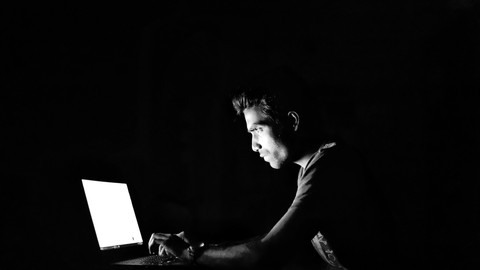 Guide to Ethical Hacking: How to Become a Cybersecurity Expert

What is Bug Bounty Hunting

What Are the Different Types of Cyber Attacks and How Can You Prevent Them?
October 30, 2021

What Are the Different Types of Cyber Attacks and How Can You Prevent Them?